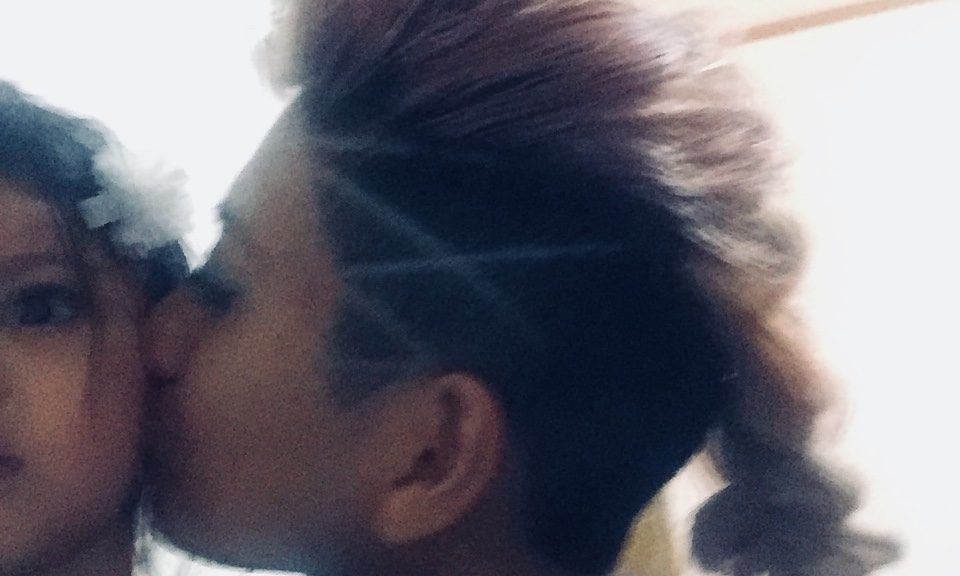 “So, I look like a boy because I have short hair?”

My heart sank a little. I’d been chatting with two young sisters about differences for my uni assignment.

In my years of working with young children, I’ve learned that conversations need to be organic and that you just have to follow their lead. And thus, how we landed on the subject of the differences between boys and girls, specifically hairstyles.

When I was nine, I had, unfortunately, been exposed to head lice and my mum decided the best option was to chop off all my hair. My dad could not hide his disappointment.

“You’re so beautiful with long hair. I guess it’ll grow it back”

That Monday, I found myself being screamed at in the school bathroom, “Get out! You’re not supposed to be in here!” I was dressed in hand-me-downs, old jeans, and a t-shirt—a slight contrast from the bright pink dress the girl (yelling at me) wore and her long hair, which gently draped against her shoulders, would’ve made Rapunzel jealous. It was almost the complete opposite of the short, bowl-cut hairstyle my mum had given me. Before I could open my mouth to explain, a teacher—who I guess decided that I was a boy too—was dragging me out.

Gender roles significantly impact educators’ image of children, as well as their pedagogies (teaching practices)—specifically educators of children in early childhood. Early childhood educators have biases toward gender-specific stereotypes and prefer when boys and girls engage in play and activities that match conventional gender roles.

…teachers like to see boys doing boy things and girls doing girl things. Thus, when a child challenges these perceptions, more often than not, they become stigmatised as being deviant (a tomboy, a sissy-boy, or the weird girl that looks like a boy). You can only imagine the negative socio-emotional effect this can have on a young child.

Being mistaken for a boy happened a lot. It happened at airports, shopping malls…and even church! I had trouble making friends because nobody wanted to be friends with the weird girl that looked like a boy.

When I finally grew my hair long and started wearing dresses, I started making friends. They were mainly girls, because pop culture and society said so. I was a  girl and I was to play with girls and do girl things and boys play with boys and they do boy things. Many believe this is a fact backed by “clinical studies”.

A little something called “gender segregation”.

But as an adult, I question it…how much of this behaviour is determined by the culture and environment in which children are raised?

During the mid 70’s American families started having fewer kids and retailers were unhappy with the fact that families were buying less and fewer goods and, in a stroke of brilliance, decided to market gendered items, and that’s why you have pink for girls and blue for boys…(and there you go, folks. The birth of gender segregation!)

Check out the Hidden Brain podcast for the full episode transcript of the episode called The Edge of Gender.

So, back to my question…has culture and environment impacted the way adults see children?

Simple answer, yep. Ever since I could remember heteronormative perceptions of being have been deemed “the right way”. Girls behave this way, boys behave that way; and girls wear pink and boys wear blue. Girls are the beautiful princesses—the damsels in distress—and boys are the brave princes that marry the damsels upon rescuing them from distress. These are the heteronormative narratives to which we have all become accustomed.

You’re probably thinking, “there’s nothing wrong with this. It’s normal.”

But is it normal because society decided long, long ago that the definition of femininity and masculinity are the gender roles that have been created by these narratives that we have all grown up hearing, reading and seeing?

Educators, *Kerry Robinson and Criss Jones-Diaz, advises parents and educators to research new norms that provide a gender-neutral understanding. One that facilitates an understanding of equality and provides children with positive role models and ideas that enable them to decide their own ways of being. More important, new norms that step away from the heteronormative narratives that reinforce stereotypes about gender.

It’s as simple as offering storybooks that challenge traditional values on gender roles—such as *The Paper Bag Princess and *My Princess Boy—and creating safe spaces that encourage young children to engage with toys and activities that promote non-traditional play, which enables children to critically examine and explore ideas of gender. It also provides opportunities for young children to demonstrate that they are active participants in the process of their own gender.

And maybe, just maybe, it will also create a society that embraces the no matter their gender…

…or length of their hair.

*As an Amazon Associate I earn from qualifying purchases

We use cookies on our website to give you the most relevant experience by remembering your preferences and repeat visits. By clicking “Accept”, you consent to the use of ALL the cookies.
Cookie settingsACCEPT
Manage consent

This website uses cookies to improve your experience while you navigate through the website. Out of these, the cookies that are categorized as necessary are stored on your browser as they are essential for the working of basic functionalities of the website. We also use third-party cookies that help us analyze and understand how you use this website. These cookies will be stored in your browser only with your consent. You also have the option to opt-out of these cookies. But opting out of some of these cookies may affect your browsing experience.
Necessary Always Enabled

Any cookies that may not be particularly necessary for the website to function and is used specifically to collect user personal data via analytics, ads, other embedded contents are termed as non-necessary cookies. It is mandatory to procure user consent prior to running these cookies on your website.

SAVE & ACCEPT
*As an Amazon Associate I earn from qualifying purchases